"The Violin Player is a film about love, passion, ambition and music."

The Violin Player is a film about love, passion, ambition and music. The protagonist is Karin Nordström, a celebrated violin player who injures her arm in a car accident and loses the ability to play her instrument. She goes back into teaching and falls in love with her almost 20 years younger student Antti.

Language of the film: Finnish, English, Danish
Subtitled in: English
Voice-over in:  -

Paavo Westerberg is an award-winning playwright, screenwriter, theatre and film director and actor. Westerberg has worked as a screenwriter for the feature films Princess (Prinsessa, 2010), Frozen City (Valkoinen Kaupunki, 2006) and Frozen Land (Paha Maa, 2005), as well as for the television drama Fragments (Irtiottoja, 2003). Paavo Westerberg has won the Jussi Award for the Best Script in 2007 and 2006 for the films Frozen City and Frozen Land. Westerberg also wrote and directed the television drama Latent Heat (Jälkilämpö, 2010), which was nominated for the Prix Italia Award. Westerberg is a resident playwright at the Finnish National Theatre and he has written and directed almost 20 plays. Westerberg graduated in 2000 with a Master’s Degree in Theatre Arts and currently lives in Helsinki. The Violin Player is his debute feature film as a film director. 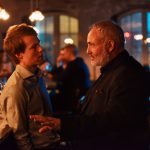 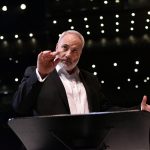 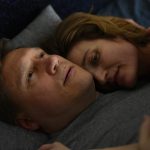 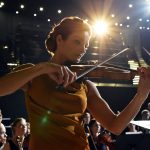 The Violin Player on social media